In a society that sometimes seems insane in the chase for deadlines, performance, competitiveness … each of us needs a safe haven, a time-out, a counterpart to the ambient disenchantment.

Reiki offers a form of benevolence. Ever gentle, the universal life energy surrounds us, providing a feeling of infinite relaxation. Once reconnected, the body and mind are fully in tune.

By way of introduction to this practice, which was developed in Japan by the master Mikao Usui in the early 20th century, this is the true story of Léa, Sam and Hawayo: All three were soothed and changed by their Reiki experience.

Léa, a dynamic young woman lacking confidence in herself, worked as a sales clerk, cashier and teleoperator…

One day she accompanied a friend to a Reiki session: seduced, she returned alone. An “inner renewal” occurred in her. She realised that she wanted to care for toddlers…

Becoming a registered childminder, Léa enthusiastically followed the Reiki course: and having removed her energy blockages, she even passed her new “positivity” on to others.

Sam had a specific problem: his right leg suddenly went numb. Over the weeks, the discomfort persisted. It was very annoying for this bright student and lover of water sports… 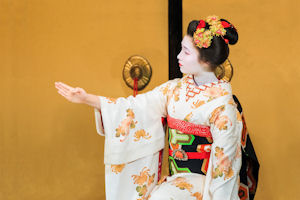 Referred to a Reiki practitioner by the physician treating him, the young man says: “After four sessions consisting of the practitioner laying hands on me, basically on my head, I could walk normally again!”

Despite his rational mind and initial reluctance, Sam can no longer conceive of life without Reiki.

Period of change. Japan in 1935. Of Japanese origin, Hawayo lived in Hawaii. Widow and mother of two children, she was seriously ill (suffering from severe abdominal pain). So she went to Japan to undergo what at the time was major surgery (to be operated on for gallstones and a diagnosis of acute appendicitis), she was referred to the clinic of Dr Chujiro Hayashi, a Reiki master trained by Mikao Usui: she abandoned the operation, was cared for in this institution and her physical symptoms disappeared completely in six months. *

Filled with gratitude and admiration, Hawayo Takata decided to study with the practitioner; on her return to Hawaii, she became the first Western Reiki master. **

The experience of our three “heroes” reveals the extent of the benefits Reiki offers.

It is thus a journey that crosses continents, sensations and emotions that The Reiki Academy (Wellness Academy) invites you to share.

This vast journey begins with yourself…

There is also the question of openness to the world and to others, of the transmission of energy and of rebalance.

Take a deep breath … and discover the “universal life energy”…

The biggest challenge of all is right in front of you: to become yourself. To release the tensions, anxieties and inhibitions accumulated through life’s trials, big and small.

Be in sync with your inner being. Is it dormant again, maybe? Why not wake it up?

With Reiki, you can partake in the most beautiful of experiences.

* It is not a question of opposing medicine and is a holistic approach: the two forms are complementary.

To develop her practice in the United States and to conform to the collective American unconscious, Hawayo Takata “reinvented” the story of Dr. Hayashi Chujiro somewhat.

However, she transmitted Reiki as he had taught her (and as Hayashi had himself received it from its founder, Mikao Usui).